With president-elect Joe Biden poised to take over the White House on January 20, the 25 million Americans without health care insurance may be able to benefit from his so-called “Bidencare.” What does the plan look like, exactly…and will the legislation even pass? 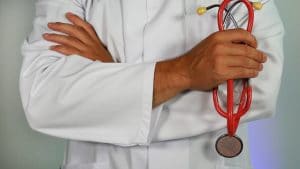 Joe Biden played a crucial role in the passage of the Affordable Care Act (ACA), commonly referred to as Obamacare, in 2010. It stands to reason that he’s invested in expanding the ACA while adding his own stamp.

Biden’s plan keeps the ACA mostly intact means few changes at its core: most of the existing system will remain in place, with the majority of working Americans continuing to get health insurance through their employer. Medicare and Medicaid will also remain. Biden’s proposed changes would revolve around filling in a few infrastructure gaps and allowing millions of currently uninsured individuals to obtain coverage—basically every legal resident of the U.S. would obtain health insurance under this plan. Perhaps the biggest change is the introduction of a public option, similar to Medicare, that would allow approximately 12 million Americans to purchase their own insurance. This would provide more free-market competition and automatically enroll low-income individuals who have been denied coverage due to their state’s opposition to Obamacare (there are currently 12 states that have refused to expand Medicaid as required by Obamacare).

Other key changes we would see through Bidencare include higher government subsidies to help reduce premium marketplace costs, and extending this assistance to individuals with higher incomes.

Bidencare wouldn’t be a viable option for most Americans; those with employer-sponsored health insurance are still likely to be better off enrolling in those programs. The Kaiser Family Foundation estimates that 12 million people with coverage through their employer would save money with a public option—that’s less than 10 percent of the market.

Biden’s proposed health care plan is aggressive, but unless Democrats gain control of the Senate through runoff elections in Georgia next month, its future is in jeopardy…at least for the foreseeable future. Some senior Democrats feel the party should aim for a more targeted approach anyway, one that emphasizes working closely with Republicans to help craft a more bipartisan bill.