With newspapers struggling to find audiences these days and many simply folding, you might think that a press release is ineffective at best, or even a waste of time. Social media is a much better way to promote your product or service, right? The truth is, both have a place in today’s modern marketing strategy. The good old-fashioned press release is a reliable, proven tool that can open up new opportunities for your organization without breaking the bank.

Why Press Releases Matter in the 21st Century 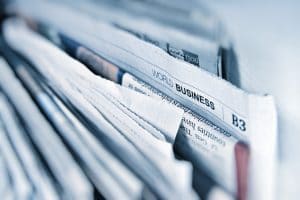 A press release is an official statement created by a business or organization that is issued to news outlets to inform the public about something noteworthy—this might be a new product, service, or change in management; an upcoming event; an expansion or acquisition; or more.

Press releases can bring you significant exposure—not in penny ads and local circulars, but in some of the biggest news and media sites nationwide. Publicity in top media outlets such as the Associated Press, MarketWatch, Bloomberg, Business Insider, Buzzfeed, Yahoo, and major networks like NBC, CBS and FOX is invaluable.

Entrepreneurs and business owners have used press releases to market their companies for the past 100+ years, viewing them as essential public relations and promotional tools. With the rise in popularity of digital media you might think press releases are antiquated, but this simply isn’t true. Social media serves to complement press releases, opening up publishing options that didn’t exist 10 or 20 years ago, making them more valuable than ever. Once upon a time—in the days before social media existed—without contacts in journalism, the only way to spread the word was to submit a press release to as many news services as possible and hope that at least one of them would print it. Now, with shares and likes, press releases often find a much larger audience. You can potentially reach thousands, or even millions, of people. There’s far less work involved than cold calling, and press releases are a lot cheaper than most other forms of advertising or marketing. Simply put, there’s no more cost effective way of building your brand than by creating press releases.

So if you’re looking for an easy, cost-effective way to build your brand, take a look at Linking News White Label Press Release Distribution. It could be just what you need to take your business to the next level.