Health care plays a role in most elections; how little or great depends upon many factors. While COVID-19 was certainly at the top of many voters’ minds in 2020 and no doubt helped propel Joe Biden into the White House, it wasn’t quite as effective as many Democrats had expected it to be prior to the election. 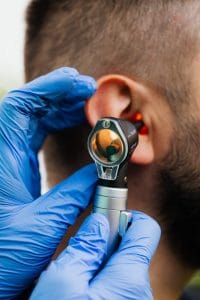 Despite a strong focus on health care in the midst of the deadliest global pandemic in modern times, Democrats fell short in their quest for additional congressional seats, actually compiling losses rather than the expected gains. While their majority in the House of Representatives decreased by eight seats and the Senate is still too close to call, Speaker of the House Nancy Pelosi focused on the bright side and praised her party for holding onto control of the House.

“Our race this time was all about health care,” Pelosi said. “Our purpose in this race was to win so that we could protect the Affordable Care Act and that we could crush the virus.”

By Election Day, the virus had killed over 235,000 individuals and led to an economic tailspin and widespread unemployment. This led Congress to shift attention to COVID-19 at the expense of more typical health care issues, such as Medicaid expansion, that would have received more prominent emphasis. This diverted attention away from more traditional talking points that Democrats had planned to campaign on. Most candidates framed their health care policies around the pandemic rather than consumer cost issues, which may have cost them valuable seats.

As a result of this necessary pivot, while the Affordable Care Act didn’t strike the same chord it did in the 2018 midterm elections, when it was the centerpiece of the Democrats’ strategy and led to a net gain of 42 seats in the House and propelled Pelosi back into the Speaker’s seat, health care still played a big role.

While both parties emphasized health care to some extent throughout their campaigns, in the weeks leading up to the election, Biden’s ads focused heavily on the topic while Donald Trump’s centered on taxes and the economy.

As the dust settles from a very contentious election, one thing is clear: with a split House and Senate, Democrats will have an uphill battle in their attempt to push through meaningful health care reform.