Americans headed to the polls to elect a president this week. In the midst of a pandemic that has upended lives across the globe, healthcare has been at the forefront of both candidate’s agendas for months. Depending on who wins, there could be serious repercussions in many aspects of healthcare—including women’s rights, racism/sexism and saddling Americans with increasing medical debt. 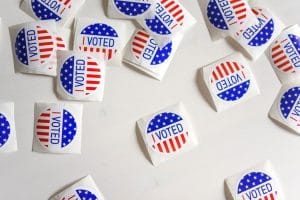 Political party differences on health care are generally summed up as this: Democrats want wider-ranging healthcare coverage and expect the government to play a bigger role in controlling costs and creating market equity, while Republicans prefer privatized health care and a smaller governmental role. Democrats want the focus to be on human rights, while the Trump administration has endorsed policies that marginalize women, people of color and other groups. While as a general rule of thumb these ideological differences are accurate, the pandemic has blurred those lines a bit more.

Here are the biggest issues at stake in the 2020 presidential election: