Proposed Trump administration legislation that would have let health care workers refuse care to patients based on their “religious beliefs or moral convictions” was deemed unconstitutional by two federal judges in recent days. LGBTQ patients and pro-abortion activists are breathing a sigh of relief following the ruling, which kills a rule that was set to go into effect on November 22. 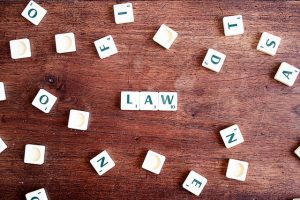 Two federal judges—Paul A Engelmayer of the Southern District of New York and Stanley A. Bastian of the Eastern District of Washington—shot down the Trump administration’s proposal due to concerns over its constitutionality. Judge Engelmayer declared it “unconstitutionally coercive” because it would have allowed the Department of Health and Human Services to withhold billions of dollars of funding from hospitals, clinics, universities and health care providers that refused to comply, and Judge Bastian argued against a Justice Department attorney’s assertion that the rule wasn’t discriminatory but simply allowed refusal of some treatments by calling it “discrimination by another name.”

The proposed 440-page rule would have allowed doctors, nurses and other healthcare workers to refuse services based on their own personal moral or religious reasons. Proponents of the legislation argued that there are already “conscience protection laws” that prevent doctors and nurses from participating in abortions and assisted suicide due to religious beliefs and that these laws prevent them from “being bullied” because of their beliefs. The new legislation would have established stronger enforcement of federal conscience and anti-discrimination laws and given healthcare providers more decision-making power protecting them from coercion or discrimination based on their religious beliefs and moral convictions. But New York Attorney General Letitia James wasn’t buying that argument. She said the rule would lead to open discrimination against some patients.

James issued a statement that read, “Health care is a basic right that should never be subject to political games.”

Fortunately, it will remain that way. Had this legislation been signed into law, its effects would have been far-reaching. Pharmacists who refused to fill certain prescriptions (e.g., abortion medications or hormone replacement drugs) due to their personal convictions would have been immune from legal retribution, for example. LGBTQ advocacy groups and civil rights organizations were thankful for the judges’ rulings, issuing statements calling the proposed legislation an “egregious and unconstitutional” attack on women, LGBT people, and other marginalized and vulnerable individuals.