The COVID-19 pandemic has illuminated many glaring deficiencies in the U.S. health care system. One of the most prominent has been the lack of affordable medical care and health insurance, which serve as obstacles for a significant number of Americans when it comes to seeking treatment.

Is COVID-19 a Rallying Cry for Medicare for All? 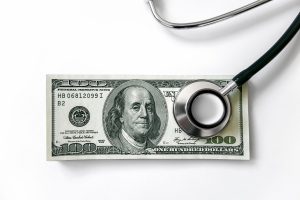 According to a study published in March 2020, nearly one-third of all Americans (32 percent) have elected to skip medical treatment at some point over the past year because of prohibitive costs associated with doctor’s visits, medications, vaccinations, annual exams and vision checks.

“Health care costs, including the most significant stemming from an unexpected accident or illness, can inflict lasting financial damage,” explained Mark Hamrick, senior economic analyst for Bankrate, the sponsor of the study. “One way to guard against this is to save for emergencies. It is better to have that money in savings to try to avoid the added cost and the worry.”

The coronavirus pandemic has been a sort of rallying cry for advocates of Medicare for all, a key campaign point for politicians such as former presidential candidate Bernie Sanders, who has long championed universal health care, and other health experts. Even before the crisis, the numbers of Americans without health insurance had been on the rise as the Trump administration launched an assault on President Obama’s Affordable Care Act. According to the Kaiser Family Foundation, at least 27.9 million working-age Americans do not have health insurance. Some of them do not receive health care from their employers, and one in five indicated they are unable to afford purchasing it on their own. It is these uninsured individuals who are most likely to skip preventative care and services for serious health conditions and chronic diseases.

Furthermore, even many people who do have health insurance still avoid medical treatment because of the costs. 44 percent of those who purchase private health plans have passed on receiving health care, and 34 percent with employee-sponsored coverage have also avoided treatment due to costs. By contrast, only 26 percent who rely on government programs like Medicare and Medicaid have skipped out on routine care. Approximately one in nine families have taken on substantial debt to cover unexpected expenses, 9 percent have been forced to borrow money from family or friends, 7 percent have withdrawn from retirement accounts, 6 percent have found another job, 5 percent sold personal assets, 3 percent borrowed from their home’s equity and 3 percent sought debt consolidation or declared bankruptcy.

If those numbers don’t serve as a wakeup call, nothing will!