Many companies have a progressive discipline policy in place that is designed to correct problematic behavior by giving employees a reasonable chance to turn around negative conduct. The organization benefits by demonstrating employees are treated fairly, and a progressive discipline policy can help protect against discrimination lawsuits. But in some instances, firing somebody on the spot is a better solution than subjecting them to disciplinary action. 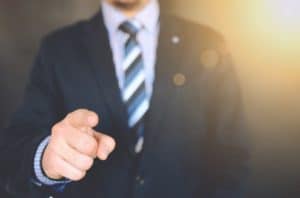 Employees are usually disciplined for either misconduct or performance issues. The former is usually the more serious offense and may involve deliberate acts of defiance, while inadequate performance can often be traced to poor (or nonexistent) training or a lack of skill.

The typical progressive discipline policy involves three stages: a verbal warning, a written warning and a final warning. By the time an employee has reached the third stage, they are either given suspension without pay for a predetermined period or are terminated.

Most employers are empathetic and want to see their employees succeed; progressive disciplinary action allows them that opportunity. It’s viewed as taking corrective action rather than doling out punishment, and for those employees who value their jobs and are motivated to correct bad behaviors, it’s a great way to prove their dedication. While giving everybody a fair shot is an admirable goal, there are going to be cases in which immediate termination is a better option. Factors to keep in mind include:

The most likely grounds for immediate termination involve serious misconduct issues, such as:

The most important factor to remember in your progressive disciplinary process is to treat everybody equally. Punishment should be consistent, and expectations should be clearly communicated to all new and current employees—especially when rules have been changed or added.