The global havoc wreaked by the coronavirus pandemic has led to an unprecedented push for a vaccine to slow the spread (and hopefully end the threat). Currently, there are about 150 efforts taking place around the world, with about a dozen already undergoing clinical trials in humans. By the end of 2020, it’s believed there will be another 50 or so drugs undergoing testing. Which one(s) will ultimately prove successful depends largely on technology. 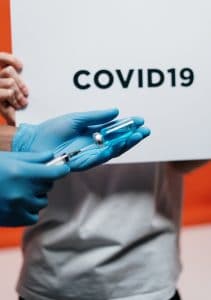 Since nobody knows which technologies will work best, scientists are developing a multitude of potential vaccines in order to improve their chances of finding a successful cure. Vaccines work by triggering an immune system response against a specific pathogen, thereby protecting the individual should that pathogen appear in the body. The genetic sequence of the virus responsible for COVID-19 was identified early on by the Chinese, spurring immediate efforts to develop a vaccine that would target the distinctive “spike protein” on the virus.

Typically, it takes researchers 15-20 years to develop a vaccine. Because COVID-19 has affected the health and economies of individuals and countries across the globe, scientists are hoping to have a vaccine in place in a mere 12-18 months. This Herculean effort is largely dependent upon new and emerging technologies, each with their pros and cons. Complicating matters is the fact that there are so many unknowns with the coronavirus; it seems we are learning something new about it every day.

Some of the leading contenders, and their strengths and weaknesses, include: