Company gifts have been around for as long as companies have existed. While most employers are well-intentioned, giving workers the wrong gift can backfire. A recent survey sheds light on those gifts that employees are happiest to receive…and others that are best left in the corporate closet. 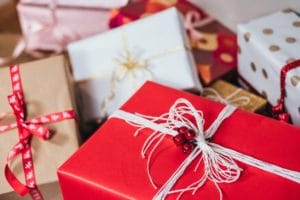 Think you’re bringing joy to your employees by giving them a coffee mug or water bottle with your company logo? Guess again, according to Snappy, a New York City employee management company. They conducted a survey of nearly 1,000 U.S. employees to learn which gifts are most likely to please, and the results are interesting.

8 in 10 respondents report receiving a company gift they didn’t like or had no use for. Even worse? Give the wrong gift and your employees might feel unappreciated and consider you thoughtless…proof that the old saying “it’s the thought that matters” isn’t applicable in every case.

Whether you’re giving a gift for an employee’s birthday or anniversary, or to celebrate a holiday, one thing you should definitely steer clear of is something with your company logo on it. A little company pride isn’t a bad thing, but almost three in four employees surveyed would prefer a gift without a logo. Many resent the idea of becoming a “walking billboard” for their organization. And in some states, items with logos don’t even qualify as gifts because the focus is on the company rather than the recipient.

Gift cards are also widely scorned. Three out of four employees consider gift cards meaningless, especially when they are for businesses the employee wouldn’t ordinarily patronize; they are viewed as impersonal or—worse—demeaning, because the dollar amount is, unfairly or not, perceived by the employee to indicate their value to the organization. Plus, nine in ten employees have misplaced gift cards or forgotten about them.

Other gifts to avoid include pins and plaques, which are really more “commemorative add-ons” than actual gifts.

Some of the best gifts received, according to survey respondents, were espresso machines, iPads, TVs, and—in one instance—a trip to Paris. Of course, such lavish gifts are rarely practical and the exception to the rule.

If you really want to make your employees feel valued, show them some appreciation instead of giving them a physical gift. The survey found that words of affirmation (46 percent), quality time with a supervisor or coworkers (26 percent), and receiving help from colleagues on a project (22 percent) are more appreciated than tokens and knickknacks (though trips to Paris might rank a little higher!).