The COVID-19 pandemic has changed the lives of millions of Americans. One of the most obvious ways is an increase in the number of people working from home. This has led to a surge in video conferences, but as many are learning, the technology is less than reliable.

Why Video Conferencing is Unreliable 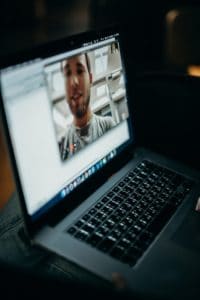 For all its conveniences, video conferencing can be a real annoyance. The problems aren’t just technical in nature; cultural and practical issues creep in, as well. People talk over one another and are forced to repeat themselves, and there is often distracting background noise that makes it difficult to understand what is being said.

Much of the problem can be traced to the early days of the internet. Video conferencing was prohibitively expensive back then; the earliest systems could cost hundreds of thousands of dollars. Even as hardware prices dropped, the cost to stream large amounts of data over limited bandwidths was exorbitant.

In response, companies turned to less-powerful networks for video conferencing; these resulted in tremendous cost savings, but the smaller bandwidth led to a reduced capacity to handle video compression and poorer-resolution picture quality. Innovations such as webcams and multi-pronged conference phones that were built to allow conversations from multiple people in a single room helped. Improved software technology, such as Skype, allowed for higher-quality video and audio transmissions over peer-to-peer nteworks. And yet, despite all these advances, video conferencing is still basically a crapshoot for one simple reasons: limited bandwidth. 1.5 Mbps is recommended, but when your equipment is competing with multiple devices, that puts a strain on the network and inevitably leads to a slowdown. Further complicating matters is the fact that audio and video are often distributed using different devices, creating a lag where the audio might be moving faster than the speaker. This is known as latency and is the reason behind stutters and syncing issues…and why things get really messy when two or more people are talking at once.

That’s why you run into stutters and syncing issues, a result of audio moving faster than the speaker—an issue known as latency. It’s why things get really messy when two or more people are talking at once.

Unless you’re a corporate giant like Facebook, with an extensive network infrastructure, your costs can run into the hundreds of thousands of dollars every month—and that’s not counting installation.

There are a few steps you can take to improve the quality of your video conference call. Try connecting through an app instead of calling into a phone number; this tends to offer less compression and better sound quality. When making a conference call, think about acoustics; a large room can cause reverberation, and a busy coffee shop is too noisy. Choose as quiet a room as possible.

Video conferencing will probably never be perfect, despite increasing advances in technology. But by following these tips, you can make it a little less stressful…and that, in turn, should help improve your productivity.