Workplace drug testing used to be commonplace but seems to have fallen out of favor in recent years. As laws concerning marijuana use have loosened and privacy rights advocates have become more vocal, some employers have shied away from drug testing. Yet there are still instances where it isn’t only advisable, but required by law.

As Attitudes Toward Marijuana Relax, so do Drug Testing Policies 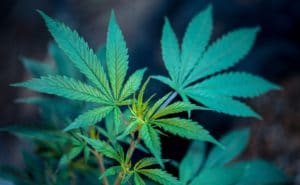 For some employers, drug testing isn’t an option: it’s a necessity. Federal contractors and those who hire drivers, for instance, must adhere to specific drug-free workplace laws. Others feel that, with cultural shifts in attitude and more relaxed laws, testing employees for drug use isn’t worth the trouble and might actually prevent them from attracting top talent.

It all boils down to risks versus rewards. If your company places an emphasis on accident prevention, health issues and costs, absenteeism and avoiding litigation, a drug screening program makes sense. It will help in these areas, and also benefits employees by protecting them from injury and improving productivity.

There are downsides, of course. Drug testing is expensive, adds time to the hiring process, and is just plain unpopular with candidates, who must take time out of their schedules and essentially “prove” that they aren’t drug users. This alone can convince some highly talented individuals to pass on your company.

If your company does participate in drug testing, you’ll have to decide when to do so. There are four common situations in which to administer drug tests:

Even employers who don’t test for drugs should still be on the lookout for performance issues that might result from drug or alcohol use. Employees who show up for work obviously drunk or high don’t even need to be tested…just make sure you thoroughly document all inappropriate behavior.